Skip to content
Saying YES to Starting a Podcast 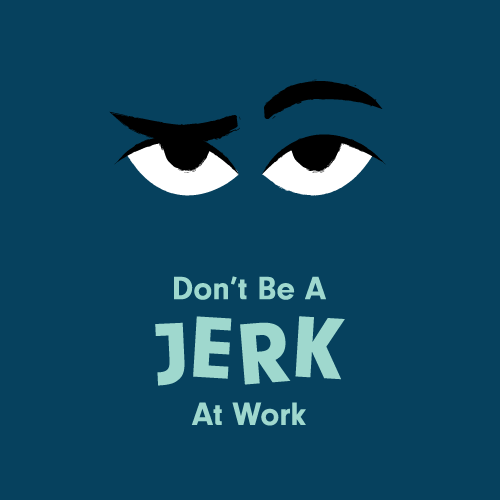 Have you ever said YES to something that you hadn’t fully thought through but your intuition and gut was telling you to do? Has saying YES ever turned into something unexpectedly special for you? That’s what happened to me when I said YES to starting a podcast.

Tara, Sarah, and I released the first episode of our podcast, Don’t Be a Jerk at Work on November 6, 2018. And by the time this blog post is published, we will have released 71 episodes! Ooh, I was born in ‘71. That feels like a sign that I should take some time to reflect on and celebrate how saying YES to starting a podcast was a hugely transformational decision in my life.

It unlocked my courage to be vulnerable. We had been recording episodes and trying to figure out the technology side of podcasting for months. Then one evening, it all seemed to magically come together so we made the decision to publish our first episode. As soon as it went live, I had a very visceral feeling of OMG, what have I done? Strangers would now hear what I had to say. Even worse, people who knew me would now hear what I had to say. I felt exposed. In many ways, this reaction was illogical. Yes, we’d published an episode, but no one knew that it was out there to be listened to. Later that night, I shared my reaction with Fin and he let me know that my reaction was a common reaction for people who create things. Ooooh, is that what I was feeling? Had I never created anything before this?

After sitting with it for a while, I realized that what I was reacting to was the vulnerability that I felt in putting a small piece of me out into the world. I realized how guarded I had been with my ideas and what I chose to share, how uncomfortable I was with being seen, and how operating this way held me back from following through on my ideas and truly connecting with others. That was an aha moment for me. I’m happy to report that our podcast has helped me to change those patterns. For the past two years, I have been able to regularly practice and work on getting comfortable being vulnerable and I have opened myself up to being seen and heard by others. I’m still a work in progress but, it feels a lot easier for me now.

It has shown me another side of HR. Let’s be real. There are parts of the human resources profession that can feel tedious and uninspiring. Being in HR also often felt like I was on a giant hamster wheel; as much as I tried to be proactive, the reactive side of the job kept pulling me in. There was always another person to hire, question to answer, issue to deal with, or annual cycle (e.g., performance, compensation, budgets, etc.) to manage. That said, most of the time, I was energized by what I did so it made sense to keep at it. Then, at the 5-year mark of my job, I started to feel restless. That feeling started small and was infrequent, but soon I found it increasingly hard to find joy and engagement in what I was doing.

Then we started our podcast. And everything changed. We were able to take our collective years of experience and share it in a fun, energetic, and conversational way. All of a sudden, I was energized by conversations about HR and the workplace. It was neat and refreshing to see HR from a different angle: a story-telling and expertise angle. And it was even more exciting to start to see myself in a new HR-light as well.

I have found a process for getting clarity of thought. If you’ve listened to our podcast, you’ll know that we have a conversational and storytelling vibe. And, if you know me, you’ll know that I have strong introverted tendencies, which means that conversational storytelling does not come naturally to me. Tara and I often joke about our very different podcast prep styles. I prep a few days before we record and I write out all of my thoughts while Tara can prep the day of and sometimes on the fly. Although, I take the time to pre-think about my responses and write them out in a fair amount of detail, when it comes to our recording, I rarely read what I have written. I’ve learned that I am better at sounding conversational when I’ve done the advance thinking. The simmering of ideas happens once I’ve written them down and then when I need them, they come to me. I don’t think I really knew this about myself until now.

The value we give things is contextual and subjective. We had two goals when we started our podcast: 1) to do something fun together; and 2) to see if we could commit to doing it on a regular basis. These goals made sense to us and yet, I can remember a few surprised reactions as well as the following questions: What do you mean you don’t have a plan to monetize this? So, you mean, you’re doing this for free? It was inconceivable to some that we would want to create something for the sake of creating it and that we really just wanted to try it on to see how it fit. I’m grateful that there are three of us on this project. It has helped me to stay the course and not be swayed by well-intended but misplaced comments.

Saying YES creates possibilities. Looking back to the summer of 2018, starting our podcast felt like a whim that quickly turned into a commitment. I say that it felt like a whim because the decision to start podcasting was effectively Tara one day saying to us, “Let’s start a podcast.” I had just started listening to podcasts a few months earlier and I barely knew what they were, let alone how to start one. The idea of starting a podcast felt overwhelming and my response to Tara was that I would think about it. A few days later, she told me that her and Sarah were getting together to try recording and I was welcome to join if wanted, but no pressure. My intuition, and if I’m honest , a little bit of FOMO, kicked in and I decided to say YES to podcasting.

I’m so happy that I did. Before podcasting, my view of where my experience could take me was limited. Basically, I was putting limits on myself. I didn’t know it at the time, but creating our podcast would renew my confidence in my experience, allow me to imagine new possibilities, and be hugely impactful in my decision to leave my corporate job and start my own business.

Thank you to my podcasting pals, Sarah and Tara. I’m grateful that we finally found a collaboration project that stuck. Let’s keep telling our stories.

How has saying YES created possibilities for you? What will you say YES to in 2021?